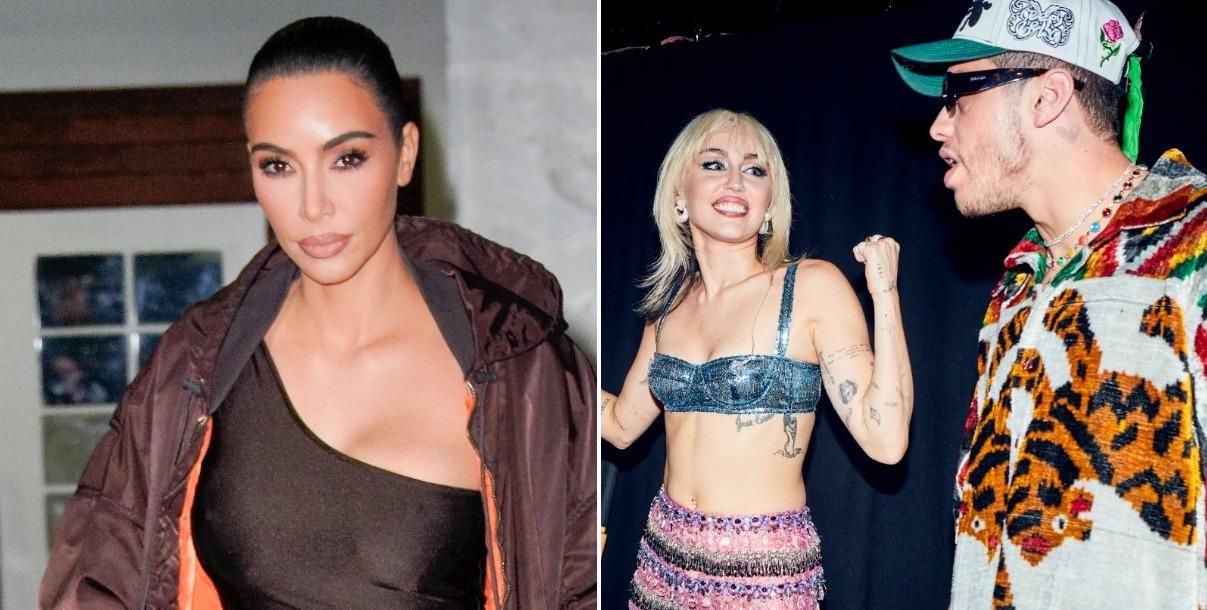 Kim Kardashian doesn’t seem to be all that happy with Miley Cyrus.

This past Friday, the singer co-hosted a New Year’s Eve special alongside Kardashian’s beau, Pete Davidson, which was apparently all good up until the actual broadcast itself — at least according to a couple of fan accounts.

Back in early December, @MileyNewsAccess tweeted about the reality star following Cyrus while the “Wrecking Ball” singer and Davidson were promoting the event together. However, Cyrus and Davidson’s close friendship also spurred a number of love triangle rumors, fueled by things like their matching tattoos and the musician dedicating her cover of Yvonne Fair’s “It Should’ve Been Me” to the comedian.

Now though, the @MileyEdition fan account has reported that Kardashian is no longer following Cyrus as of Tuesday, only four days after the NYE special, which has raised plenty of eyebrows online. Though, really, who knows?

Kardashian, Cyrus and Davidson have yet to comment on the speculation.