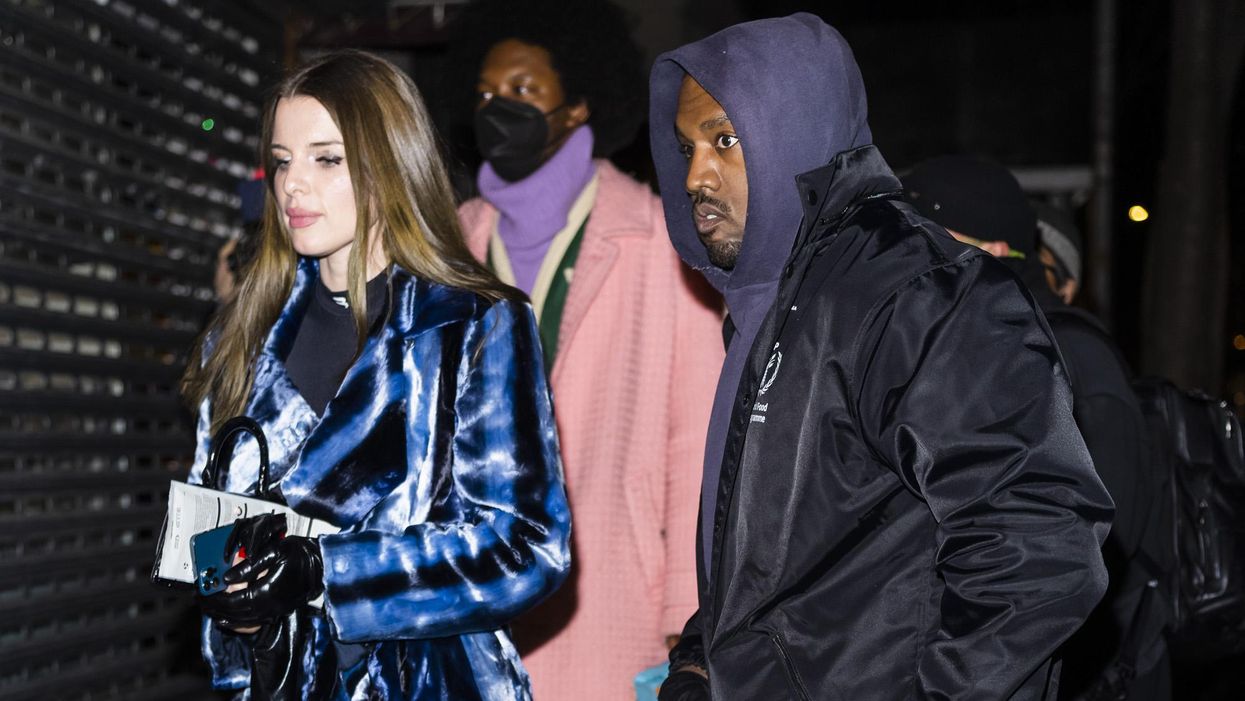 Just in case there was still any question, Kanye West and Julia Fox are definitely dating.

After being spotted together over the weekend, the rapper, now known as Ye, and the Uncut Gems star were seen once again Tuesday night in New York City — this time taking in Jeremy O. Harris’ Slave Play, before dining out at Carbone. It wasn’t the first time West and Fox dined at the Italian establishment either, having been previously seen eating out at Carbone’s Miami location this past Saturday.

Neither West nor Fox have publicly confirmed that they’re dating but, according to Page Six, a source says the couple is close to being Instagram official. “They both just got out of their former relationships, and they’ve helped each other recover immensely,” the source said. “They’re kind of kindred spirits, and it’s cool to watch.”

This latest development comes after West and model Vinetria reportedly broke up in early December, following a couple months of casually dating. But while the rapper may appear to be getting back out into the dating pool, he has also voiced desire to “restore” his family after ex-wife Kim Kardashian, who is currently dating Pete Davidson, filed for divorce last February, even going so far as to literally buy the house directly across the street from her last week.

In non-relationship related news, West is reportedly already working on the sequel to this year’s Grammy-nominated album, Donda. Victor Victor Worldwide founder and Universal Music Group’s Senior Vice President of A&R, Steven Victor, told Complex that “Ye has started working on his new masterpiece DONDA 2,” but has yet to announce a release date for the project.

Given Donda’s own heavily delayed rollout and Wests notorious history of announcing albums only for them to ultimately never materialize, we wouldn’t advise holding your breath.