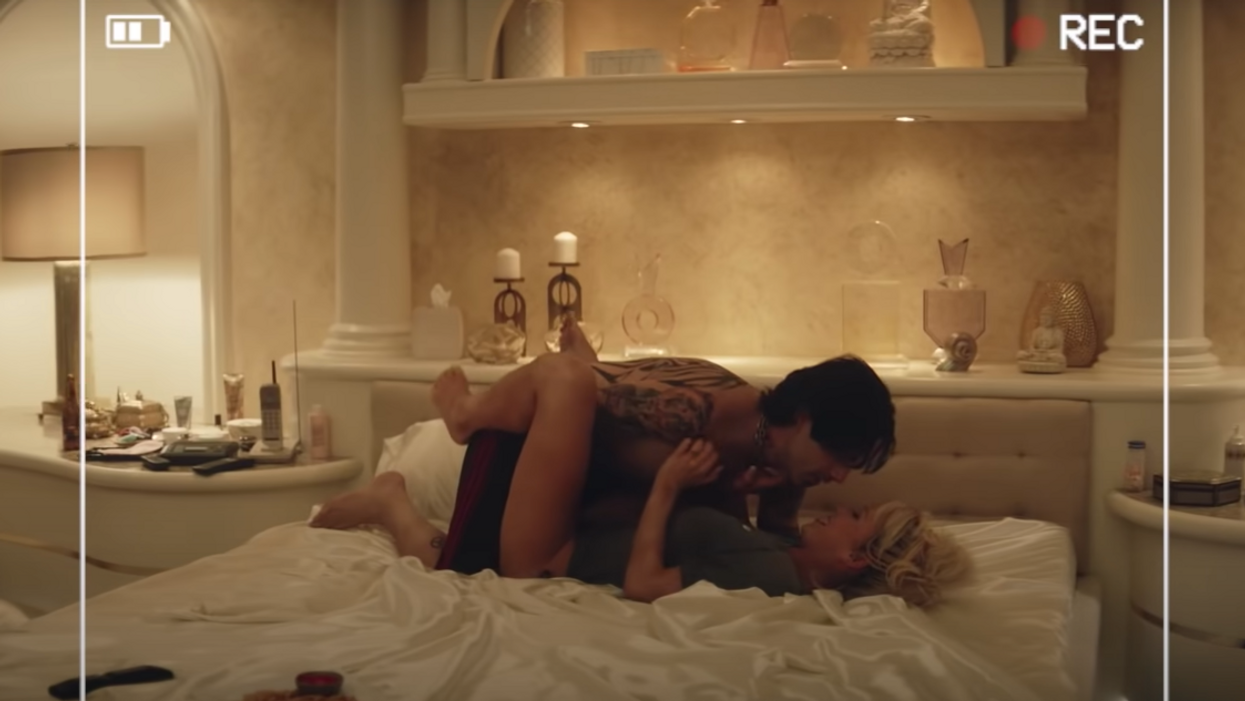 Pamela Anderson and Tommy Lee’s forthcoming Hulu series, Pam & Tommy, is set to cover the couple’s whirlwind relationship and what resulted when their sex tape hit the public eye back in 1995. In advance of the series coming out on February 2, a new trailer gives the world further insight into everything that went down.

Starring Lily James as Anderson and Sebastian Stan as Lee, Pam & Tommy’s trailer shows their angry electrician Rand Gauthier stealing their safe after sneaking into their mansion at night. He gets away with it and later sees its contents include one x-rated tape that would forever change the two stars’ lives.

Elsewhere in the preview, we see how their romance shaped up. A wink of an eye leads to the duo falling fast in love and eventually recording the notorious sex tape. Gauthier, who, in real life, was apparently upset that the duo hadn’t paid him for thousands of dollars in electrical work, ultimately decides to illegally leak it. (Anderson and Lee went on to sell it legally and reportedly made more than $77 million.)

The rest of the trailer shows how fast the sex tape spread around the pre-digital world, at times, appearing like a horror movie as Anderson gasps upon seeing people react to it. The stakes get raised as guns get pulled out and people are slammed into walls. “You don’t seem to understand what a big deal this is.” Anderson tells Lee at the end.