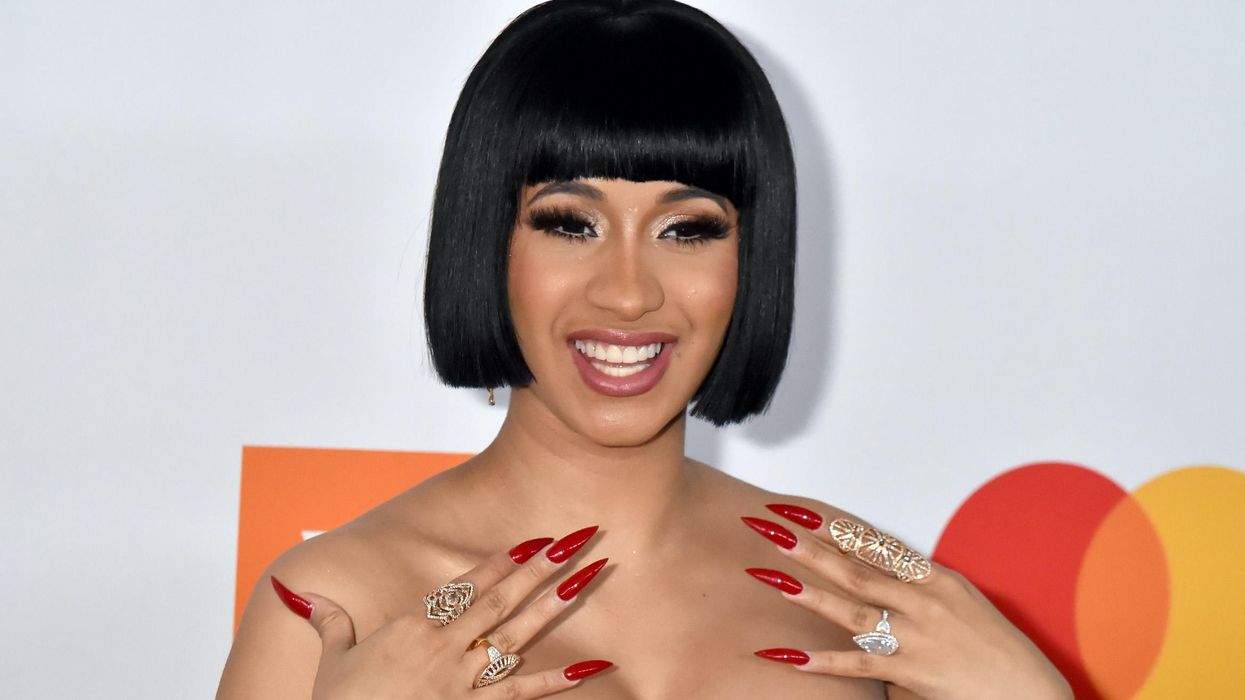 Cardi B isn’t afraid of a little peach fuzz.

On Wednesday, the star took to her Instagram Story to talk candidly about her “mustache,” and tell fans that a little upper lip hair means you’ve also got something “good” going on down there.

“Mustache is mustaching,” she said in the candid clip, which seemingly encouraged her followers to fuck conventional feminine beauty norms and embrace their facial hair. And her rationale?

“They said that if you have a mustache, you got a good pussy, so purr,” Cardi explained.

Granted, Cardi’s never been one to shy away from discussions surrounding her body hair, as she’s previously shared videos of herself getting bikini and lip waxes. However, when it comes to the latter, she said in 2018 that as she’s gotten older and keeps waxing, she’s noticed her “mustache is getting thicker.” But it’s not really something she’s worried about.

“It’s cool though,” as she put it before using the very same argument: “‘Cause bitches with good mustaches got good pussy.” And if there’s one person who’d know, it’d probably be the “WAP” rapper, right?