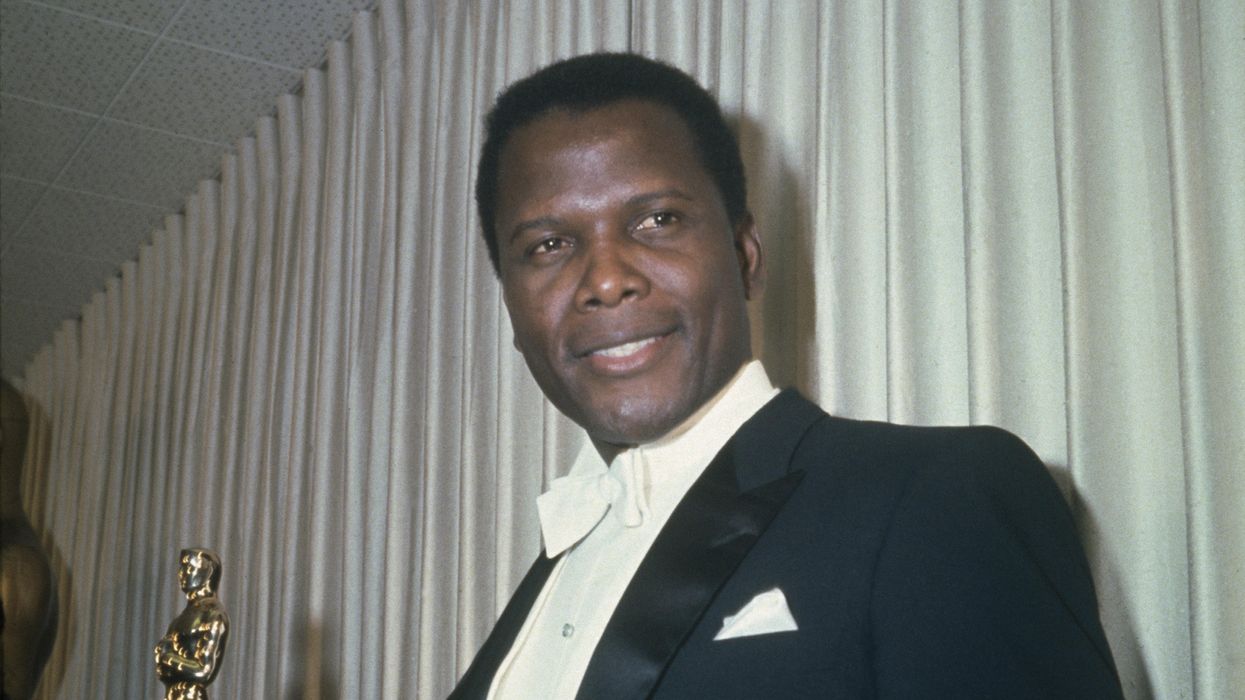 Legendary actor, director and activist Sidney Poitier has died. He was 94 years old.

He passed away on Thursday evening in his Los Angeles home. And according to a statement given to Forbes from Clint Watson, the press secretary for the Prime Minister of the Bahamas — which is where he grew up — he died of “natural causes” and had been “ailing for a while.”

Poitier paved the way for Black actors, starring in classic films such as Lilies of the Field, To Sir, With Love and In the Heat of the Night. He gave many more iconic performances and was considered Hollywood’s first Black leading man and movie star. He was also the first Black man to ever win an Academy Award.

But beyond titles and awards, the actor was truly passionate about telling the stories of his people through his work, exploring racial tensions and societal changes in the ’60s, and making a conscious effort to take roles that moved African American representation forward.

“It’s been an enormous responsibility,” he told Oprah Winfrey in 2000. “And I accepted it, and I lived in a way that showed how I respected that responsibility. I had to. In order for others to come behind me, there were certain things I had to do.”

Now friends and fans are paying tribute to the Hollywood icon online. See some of the most touching messages below.

1/6 I couldn’t even begin this morning…Losing my dearest of brothers, Sidney Poitier, is like losing a piece of myself. We were joined at the hip from our times scraping to get by, coming up in New York in the 50’s, to achieving all of our dreams & working together in Hollywood

If you wanted the sky i would write across the sky in letters that would soar a thousand feet high..
To Sir… with Love
Sir Sidney Poitier R.I.P.
He showed us how to reach for the stars

Through his groundbreaking roles and singular talent, Sidney Poitier epitomized dignity and grace, revealing the power of movies to bring us closer together. He also opened doors for a generation of actors. Michelle and I send our love to his family and legion of fans. pic.twitter.com/zkYKFSxfKA

Powerful beyond the stage and screen. pic.twitter.com/hEKRxGvoM2

Sidney Poitier. What a landmark actor. One of a kind. What a beautiful, gracious, warm, genuinely regal man. RIP, Sir. With love.

(1/3) “A tiny bit of myself is lost when my friends are gone,” Sidney Poitier wrote in his book LIFE BEYOND MEASURE. My dear Sidney, an enormous part of my soul weeps at your passing. In your ninety-four years on this planet, you left an indelible mark with your extraordinary… pic.twitter.com/VzVR6FOLWM

We lost an elegant King today. Thank you Sidney Poitier. For not only opening the door, but for walking in this world with endless grace and excellence, so that today, still, we follow behind you, reaching toward the example that you set. Rest In Peace and in Power. We love you. pic.twitter.com/CP2ga9KiHu

Denzel Washington after winning the Best Actor Oscar for “Training Day” the same night Sidney Poitier received an Honorary Oscar for his body of work. pic.twitter.com/NUuujSg9q2

You opened the door for us all. We will forever speak your name, #SidneyPoitier! ❤️🕊 pic.twitter.com/WycHpmzoG3