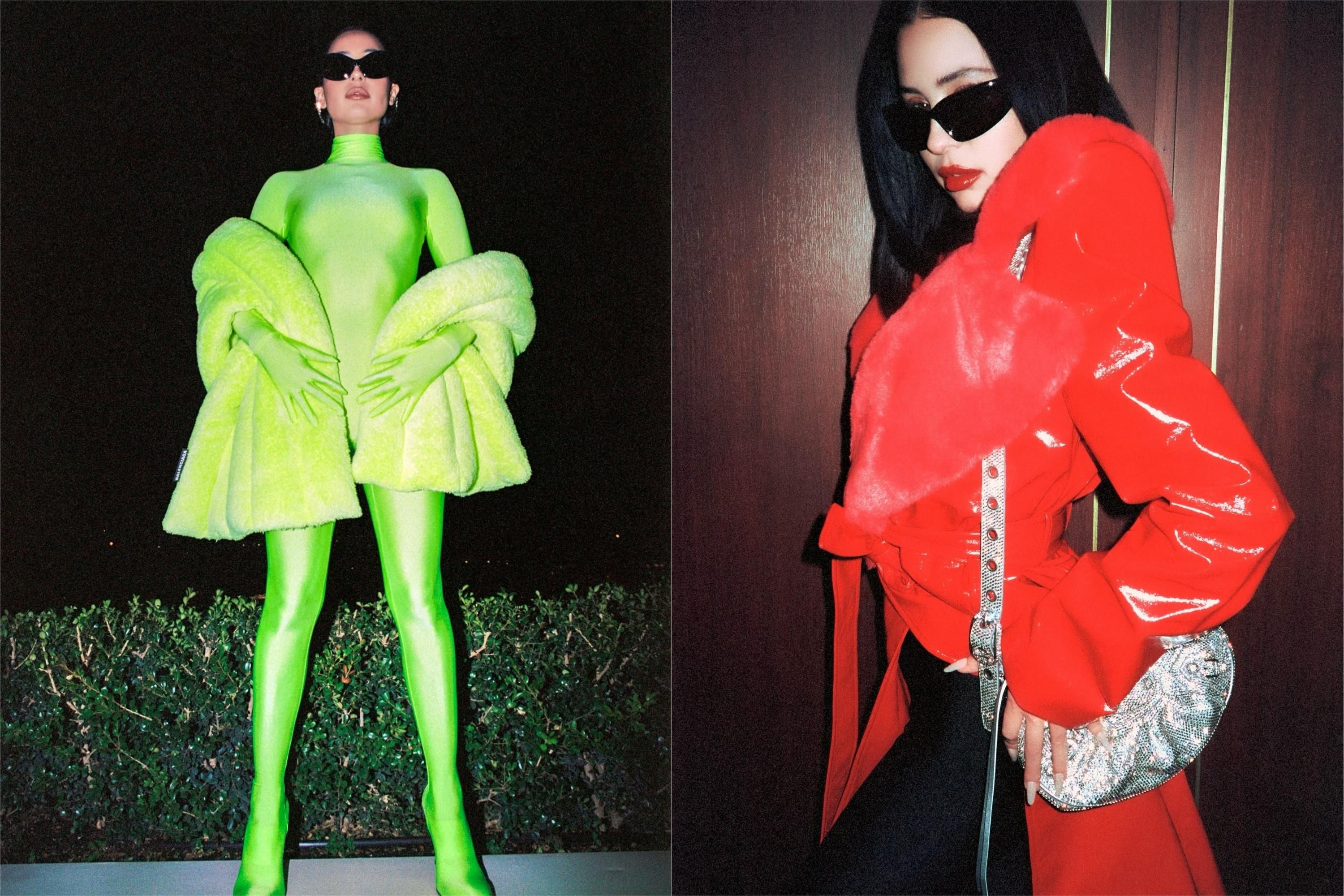 We knew something was up when Alexa Demie wore Balenciaga twice in the past week, first the black sequin number for the Euphoria premiere and then a head scarf ensemble while doing press.

It turns out she actually had not one, not two, but three Balenciaga looks picked out for her the night of the premiere. In fact, she collaborated with the brand to create each of the custom pieces: a neon green bodysuit and furry jacket, a red latex coat and the black dress she wore on the red carpet. 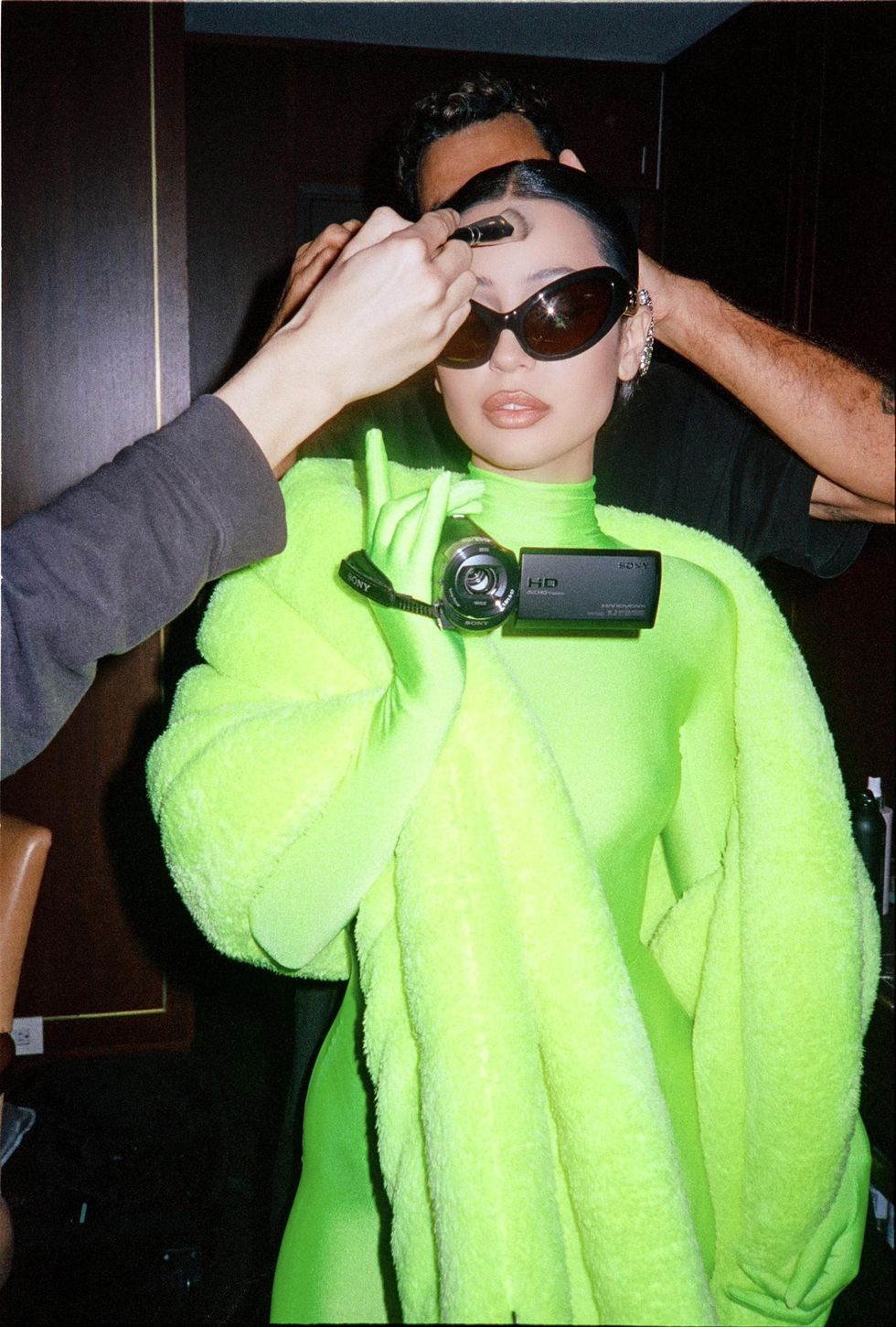 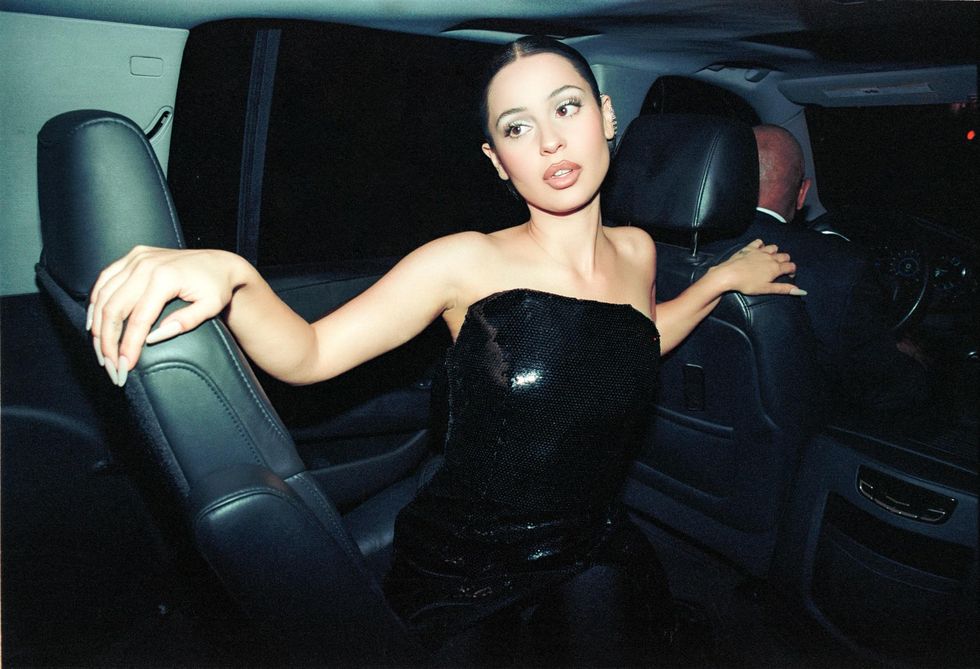 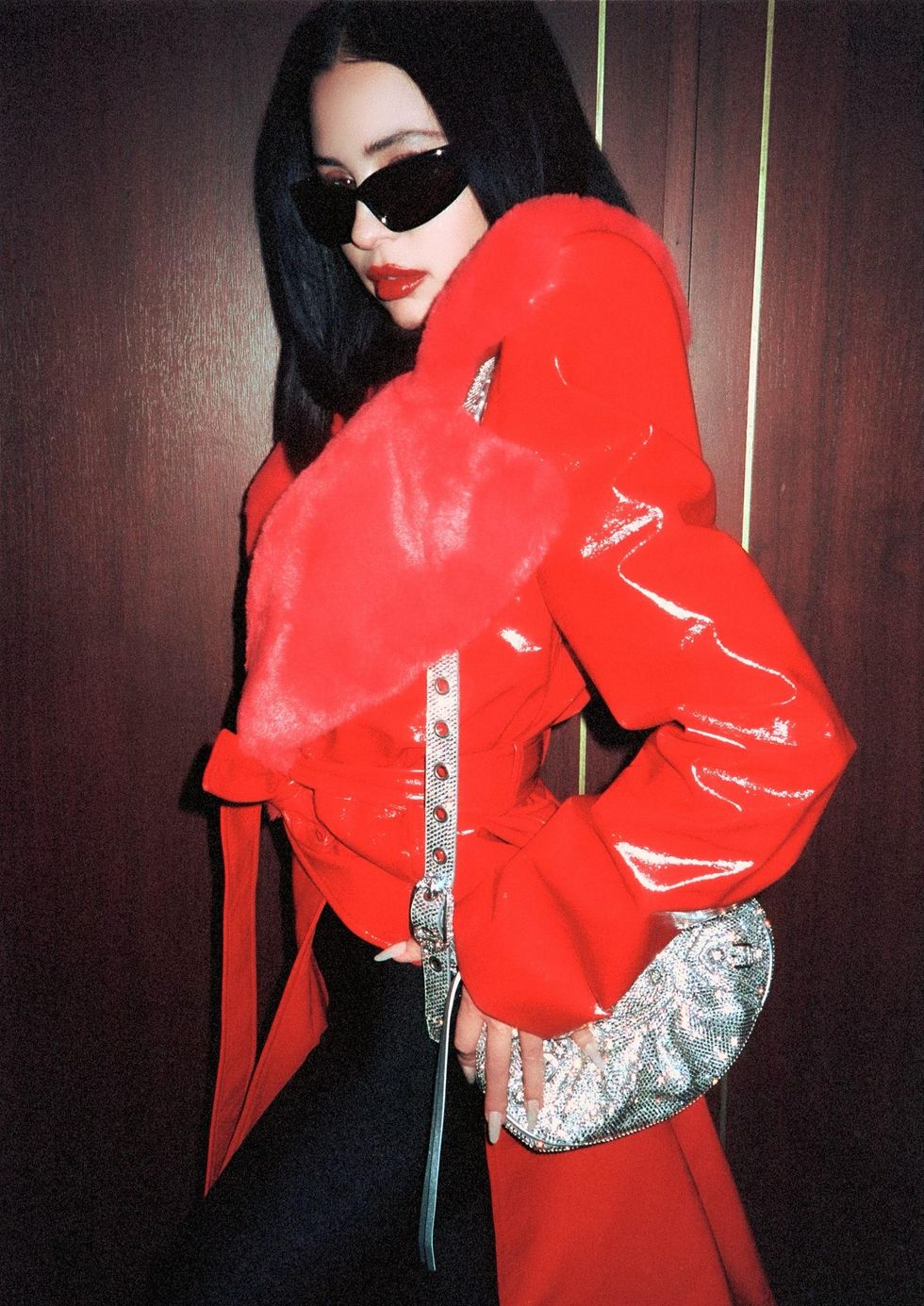 She documented the getting-ready process in a video filmed with Vogue ahead of the big premiere last week. “This season playing Maddy felt a lot different than playing her season one,” she says in the video in-between outfit changes. “I was really hands-on this season again with the costumes, the makeup because I think that plays an incredibly important part in the way that it feels and in the way that I portray her. So I’m grateful that I get to do it.”

Demie’s Balenciaga moment comes as the brand experiences a big celebrity wave of late, with Kanye West and Julia Fox almost exclusively wearing the label. Her co-star Hunter Schafer, meanwhile, is currently a Prada girl, and Zendaya continues to wear vintage, custom, off-the-runway and everything in between. We wouldn’t be surprised if Demie scores a Balenciaga campaign next.