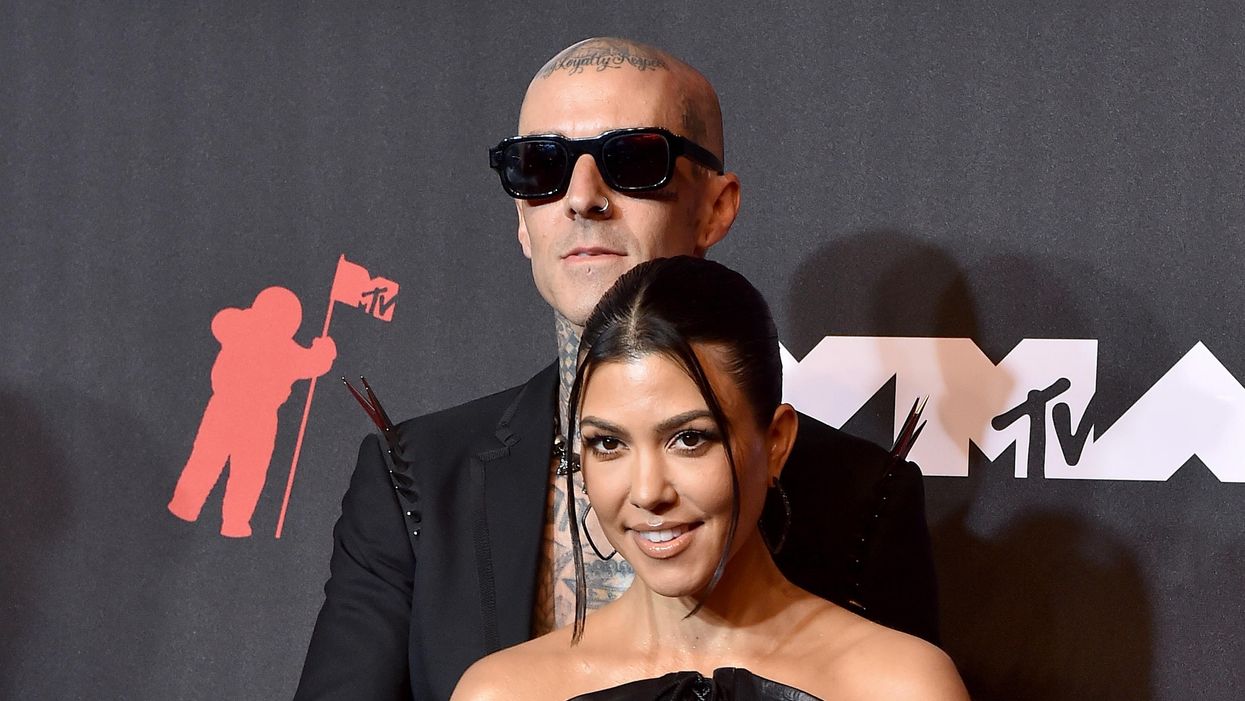 In the world of celebrity gossip, you’d be hard pressed to find a better duo than the Kardashian family and extremely convoluted pregnancy theories. The only family with more conspiracy theories about them than perhaps the Kennedys, the Kardashians have been at the center of some truly wild and tenuous speculation, from in-depth scrutiny over Instagram posts to carbon dating nail polish colors. So perhaps we shouldn’t be too surprised that the latest rumor appears to entirely hinge on a sparkly avocado bag.

Related | Whose Baby Bottle Is This, Travis?

A little over a week since an errant baby bottle stoked rumors about Kourtney Kardashian and Travis Barker potentially expecting, a new TikTok video from Barstool Sports’ Jordyn Woodruff is adding fuel to fire. The latest theory builds off of a Deauxmoi tip that alleges an A-list non-actor couple is expecting, noting that Kourtney recently shared a throwback bikini photo from 2005 which has been a common Kardashian tactic used to hide pregnancies in the past.

From there, Woodruff points to a picture of bejeweled avocado purse and a close-up shot of Kourtney’s hands on her stomach in the most recent SKIMS x Fendi campaign as further evidence that the reality TV star might be dropping breadcrumbs. According to Woodruff, a baby is about the size of an avocado at 16 weeks, admitting that “this is kind of a crazy stretch, but is Kourtney Kardashian trying to tell us that she’s pregnant?”

It would be pretty easy to dismiss theory as a bunch of wild-eyed dot-connecting á la It’s Always Sunny in Philadelphia if it wasn’t for the fact that the official account for Kourtney’s lifestyle brand, Poosh, liked the post. As to whether that is meant to be interpreted as a tacit endorsement of theory or a bit of light trolling from a shrewd social media manager is totally open to interpretation.

As for the crystal-covered Avocado purse in question, the bag wouldn’t be out of place in any of the Kardashian’s closets. The family has made it abundantly clear how much of a fan they are of Judith Lieber’s designs, frequently exchanging them among themselves as gifts. Considering that the bag retails for $7,320, it feels like a really expensive roundabout way to tease a pregnancy but given that we’re talking about a family that buys electric mini cars for one another or exes that buy multi-million dollar mansions across the street it’s not entirely far-fetched either. Only time will tell whether or not the pregnancy theory ends up panning out.