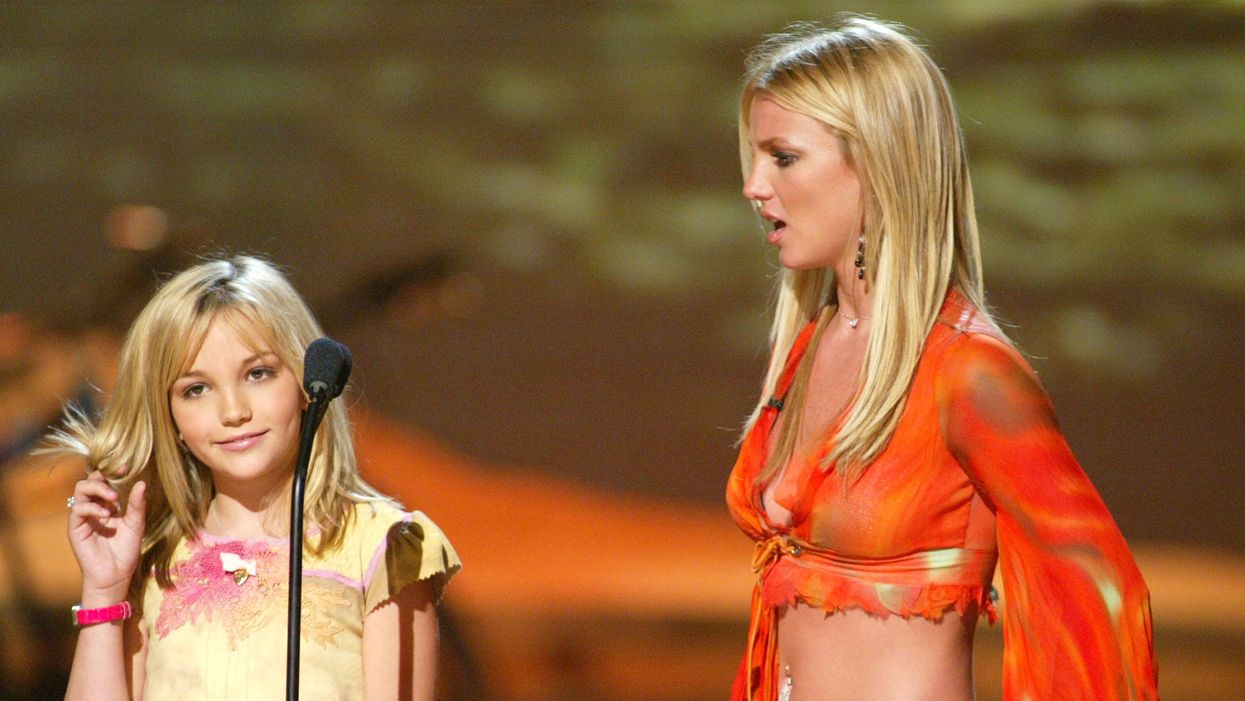 In her first big interview since Britney Spears’ conservatorship was terminated in November, Jamie Lynn Spears is finally addressing her relationship with her sister and her involvement in the conservatorship. In a segment with Good Morning America that aired today, Jamie Lynn maintained that she had nothing to do with Britney’s finances, despite court filings that said otherwise. She also called herself her “sister’s biggest supporter.”

Though Jamie Lynn’s appearance was primarily to promote her new book, Things I Should Have Said, the Zoey 101 alum spoke on her relationship with her pop star sister and how she felt when Britney’s 13-year conservatorship was terminated. “I was happy. I was,” Jamie Lynn said. “When it was put into place I was 17 years old. I was about to have a baby, so I didn’t understand what was happening. Nor was I focused on that. I was focused on the fact that I was a 17-year-old about to have a baby. I understand just as little about it then as I do now.”

.@ABC EXCLUSIVE: u201cI love my sister … Iu2019ve only ever loved and supported her and done whatu2019s right by her.u201d Despite their complicated relationship, @jamielynnspears tells @JujuChangABC she still has a deep love for her big sister, @britneyspears. https://gma.abc/2UKP3chu00a0pic.twitter.com/4SzC79lryE — Good Morning America (@Good Morning America)
1641991989

But despite saying she knows very little about Britney’s conservatorship, it was believed that Jamie Lynn was actively involved in it. An August 2020 court filing implied that Jamie Lynn was a trustee of Britney’s estate, according to the Los Angeles Times, and had filed paperwork to have Britney’s financial assets essentially moved into an account that would require a judge’s permission for Britney to access. But in her GMA interview, Jamie Lynn said it wasn’t like that, and in fact, she’d withdrawn the paperwork to be a trustee, according to E!. “There was no, like, me overseeing funds or something like that,” she said to GMA.

In an interview with People, Jamie Lynn added that she “declined” the request for her to be a trustee on Britney’s estate. “I was asked to be a part of [the conservatorship], and I took time, and I declined it nicely. I just wanted to remain her sister, very simply. It’s unfortunate that I’ve been grouped into this, but the facts are I had nothing to do with anything.”

Jamie Lynn tearfully shared that she believes everyone should have a voice, especially her sister, which is why she claims she did what she could to help her get out of the conservatorship. “Went out of my way to make sure that she had the contacts she needed to possibly go ahead and end this conservatorship and just end this all for our family,” she said. But she added that she felt it was up to Britney to take that final step to make it happen.

Up until the conservatorship hearings in 2021, Britney had largely remained quiet on her entire setup. It wasn’t until she made her first appearance in court, virtually in June, that it was made clear just how strict her living conditions were. It opened the floodgates for Britney to finally start talking, which she’s done on social media ever since.

Britney even directly called out Jamie Lynn in July, writing on Instagram, “I don’t like that my sister showed up at an awards show and performed MY SONGS to remixes !!!!! My so-called support system hurt me deeply !!!!” To this day, Jamie Lynn doesn’t understand why her appearance at the 2017 Radio Disney Music Awards bothered her sister. “Honestly, it was somewhat confusing to me about that, and I actually have spoke to her about that,” Jamie Lynn told GMA. “I was doing a tribute to honor my sister and all the amazing things that she’s done. I have cleared up with the fact that I don’t think she’s personally upset with me about that. Truthfully, I don’t know why that bothers her.”

But despite Jamie Lynn speaking in defense of Britney in June, Britney still unfollowed her on social media at the beginning of this year. Britney has yet to address Jamie Lynn’s new interview, but she did post an Instagram yesterday with the caption, “Shall I start from THE BEGINNING???” So we’ll just have to wait to see what she has to say about all of this.