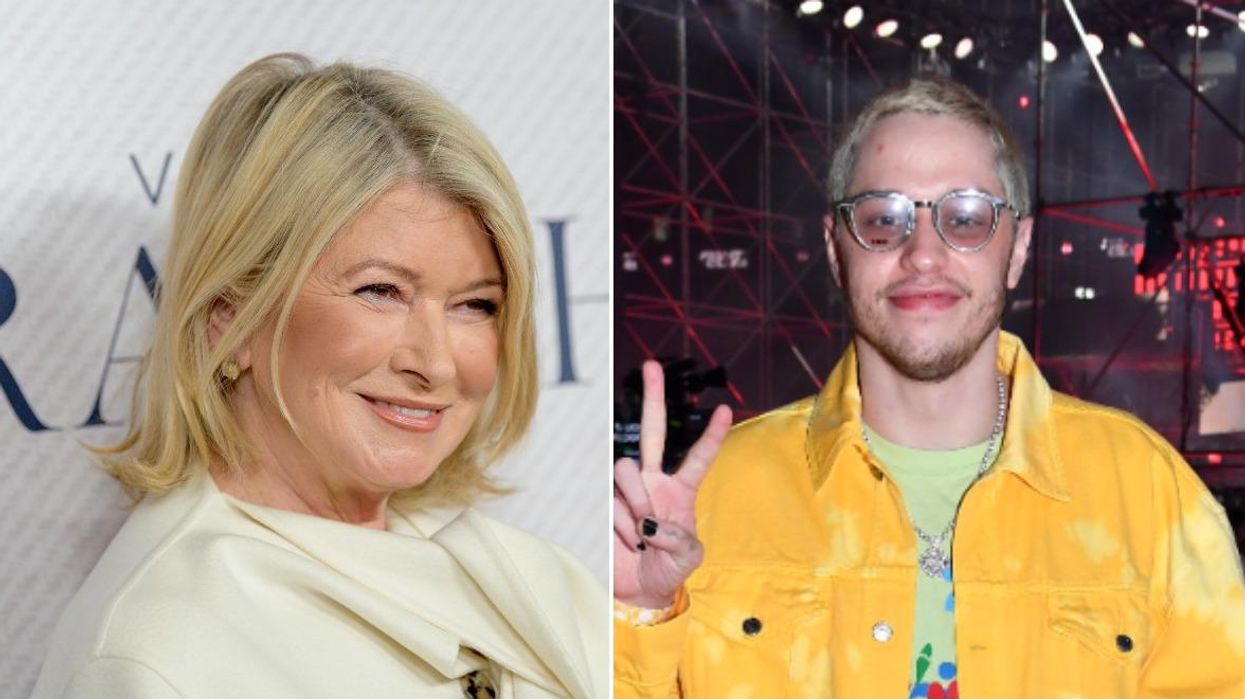 According to her Instagram, the domestic goddess was “having dinner with friends” — including Queer Eye star Antoni Porowski — when she bumped into Davidson on Monday night at Nobu Malibu. And she made it clear that Kim Kardashian, the comedian’s current squeeze, wasn’t part of said friend group.

“Remember Pete Davidson was one of my fellow roasters on #thejustinbieberroast a few years back,” she wrote alongside a photo of Porowski and the comedian, who can be seen with his arm around Stewart.

“Now he is on @nbcsnl and in some very funny movies,” she continued, before calling him a “cute guy with painted fingernails.”

However, Stewart isn’t the only woman who thinks Davidson is a cutie, seeing as how he’s spent the past few years dating a bunch of celebs, such as Kaia Gerber, Margaret Qualley, Phoebe Dynevor, Cazzie David, Kate Beckinsale, former fiancée Ariana Grande and, of course, Kardashian. Granted, the lifestyle icon is also an expert thirst trapper, so who really knows?