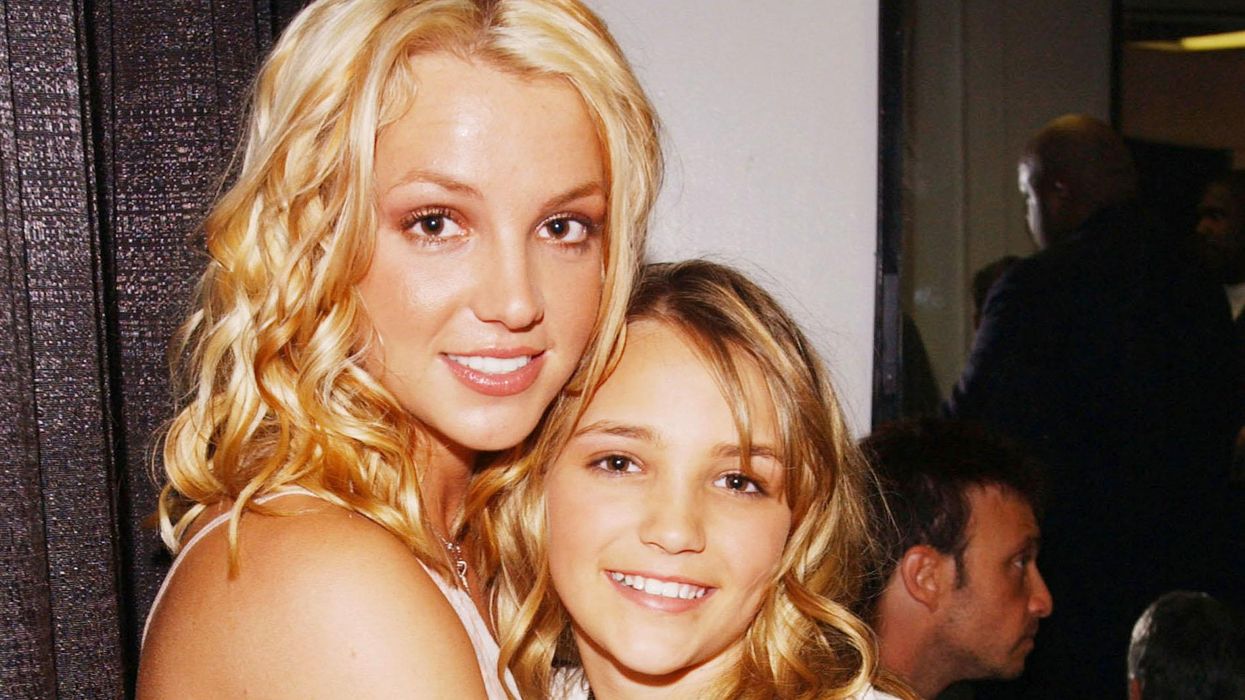 Britney Spears has entered the chat, and it’s pretty clear she’s fed up with her sister. After Jamie Lynn Spears did her first big interview with Good Morning America on Wednesday since Britney’s conservatorship ended in November, Britney chimed in to tell her side of the story. She took to Twitter on Thursday evening to address one of the biggest points of contention in the sisters’ back and forth — those remixes that Jamie Lynn did in 2017.

Britney called out Jamie Lynn back in July for performing her songs at the 2017 Radio Disney Music Awards. She wrote at the time, “I don’t like that my sister showed up at an awards show and performed MY SONGS to remixes !!!!! My so-called support system hurt me deeply !!!!” But Jamie Lynn said in her Good Morning America interview this week that she didn’t understand why it bothered her sister, even going so far as saying they had worked out the issue already.

Apparently Britney didn’t get the memo that they’d worked it out, because in her lengthy Twitter post in response, Britney said that the award show set was all she ever wanted amid her conservatorship controversy. “If you were me, you might understand asking for 13 years for remixes to go into a small venue show and on tours !!!! 13 years later they assign me as the MOTHER OF ALL … heart of gold … Britney sitting there seeing a 15 minute performance of everything I have ever wanted.” She also threw in another harsh dig at Jamie Lynn, saying she was the baby of the family, adding, “She never had to work for anything. Everything was always given to her !!!!”

But alas, Jamie Lynn wasn’t about to let Britney have the last word, so she jumped on Instagram to share a note of her own. Calling Britney’s post a lie, Jamie Lynn also added that her family has gotten death threats over this whole ordeal. “Sadly, after a lifetime of staying silent, I have come to realize this isn’t going to be a reality, and I may have to set the record straight myself in order to protect mine and my family’s well being,” she wrote.

Because the primary reason for Jamie Lynn’s GMA interview was to promote her upcoming book, Things I Should Have Said, Britney also called her out for seemingly capitalizing on the situation for profit. And while she sarcastically wished her sister success with her book, Britney clearly felt otherwise.

But Jamie Lynn maintains that she’s not using Britney for any of this — they just have shared experiences. “I hate to burst my sister’s bubble, but my book is not about her,” she wrote. “I can’t help that I was born a Spears too, and that some of my experiences involve my sister. I’ve worked hard since before I was even a teenager, and I’ve built my career in spite of just being someone’s little sister.”

It was Jamie Lynn’s Nightline interview Thursday night, though, that brought Britney back today for what is (maybe) the final word for now. In the interview, Jamie Lynn alleged that Britney had once locked the two of them together in a room with a knife, adding that Britney’s behavior over the years has been “erratic, paranoid and spiraling.”

In yet another Twitter note from the pop star, she accused Jamie Lynn of stooping to “a whole new level of LOW.” She added, “So please please stop with these crazy lies for the Hollywood books !!! NOW and only NOW I do know only a scum person would make up such things about someone.” She wrapped up her emphatic note with a trophy emoji, telling her sister she wins at this war of stooping the absolute lowest.