The “Russian world” is dangerous for Europe – this concept is used by Moscow to justify fictitious rights, Morawiecki believes. Lavrov said that the Russian world reflects the culture of the country 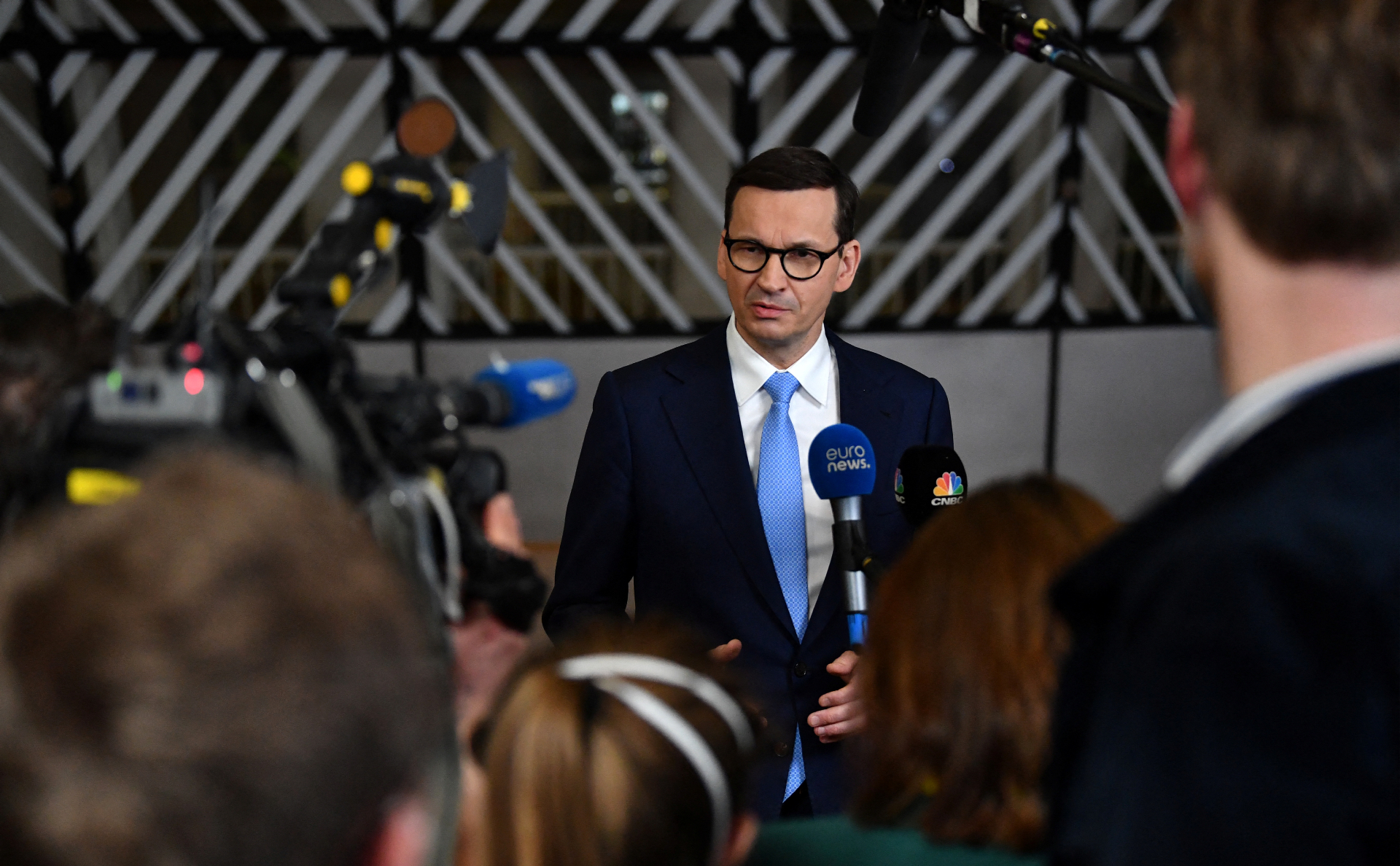 Russia uses the ideology of the “Russian world” to justify their fictitious rights and privileges, wrote the head of the Polish government Mateusz Morawiecki in an article for The Telegraph. This ideology formed the basis of the idea of ​​a “special historical role” for Russian people, he believes.

Morawiecki believes that the ideology of the “Russian world” has become the equivalent of communism in the 20th century and a “cancer” that poses a threat to Russians and all European countries. “It is not enough to support Ukraine in its military struggle with Russia. We must completely eradicate this monstrous new ideology,— urged Morawiecki.

The Prime Minister of Poland is sure that “Russia will not stop at Kyiv.” “She's gone on a long march to the West, and it's up to us where we stop her,” — wrote the prime minister.

In early April, Polish Vice Minister, Minister of Culture and National Heritage Piotr Glinski called for the “disappearance” of Russian culture from public space. According to him, now is not the season for performances based on Russian classics, not the time for Russian ballet. “We appreciate the achievements of this culture in music or literature. They are at the highest level, but we are dealing with a country that has gone crazy, — said Glinsky.

At the end of March, President Vladimir Putin said that discrimination against all Russians was developing in Western countries. “The proverbial cancel culture has become a cancel culture. Tchaikovsky, Shostakovich, Rachmaninoff are excluded from concert posters. Russian writers and their books are prohibited,— he said, comparing what is happening with the policies of the Nazis in Germany.

In early February, Putin called the development and strengthening of the Russian world the mission of Moscow in the world. According to Putin, Russia should strive to increase its attractiveness among foreigners. "He is so many-faced— the Russian world is huge. We didn't create it,— added the president.

Read on RBC Pro Pro Excessive optimism and other traps that prevent you from getting out of the crisis Instructions Pro Why Amazon shares collapsed and what will happen next Articles Pro x The Economist How the largest manufacturers of consumer goods cope with inflation Articles Pro How foreign business “cuts” the IT infrastructure of Russian branches Instructions Pro Lockdowns in China threaten a new logistical crisis. What to expect Articles Pro So-so motivation: why you should not tie your salary to KPI Studies Pro Advertising as a remedy for depression: how Kellogg's survived the recession of the 1930s Articles Pro The dark side of the state defense order: what to consider in order not to go to jail Instructions

Foreign Minister Sergei Lavrov in 2015 also spoke about the importance of the development of the Russian world for Russia. For Russia, providing support for the Russian world is “an unconditional foreign policy priority,” the minister is sure. Later, he expressed confidence that this concept was not connected with nationalism. The Russian world, Lavrov assured, reflects the country's multinational culture.

“We have a common language that unites us all— Russian language, all our citizens speak this language. Russian culture is, by definition, multinational,— stressed the head of the Foreign Ministry.

Contributions to the article Authors Tags Subscribe to RuTube RBC Live broadcasts, videos and recordings of programs on our RuTube channel